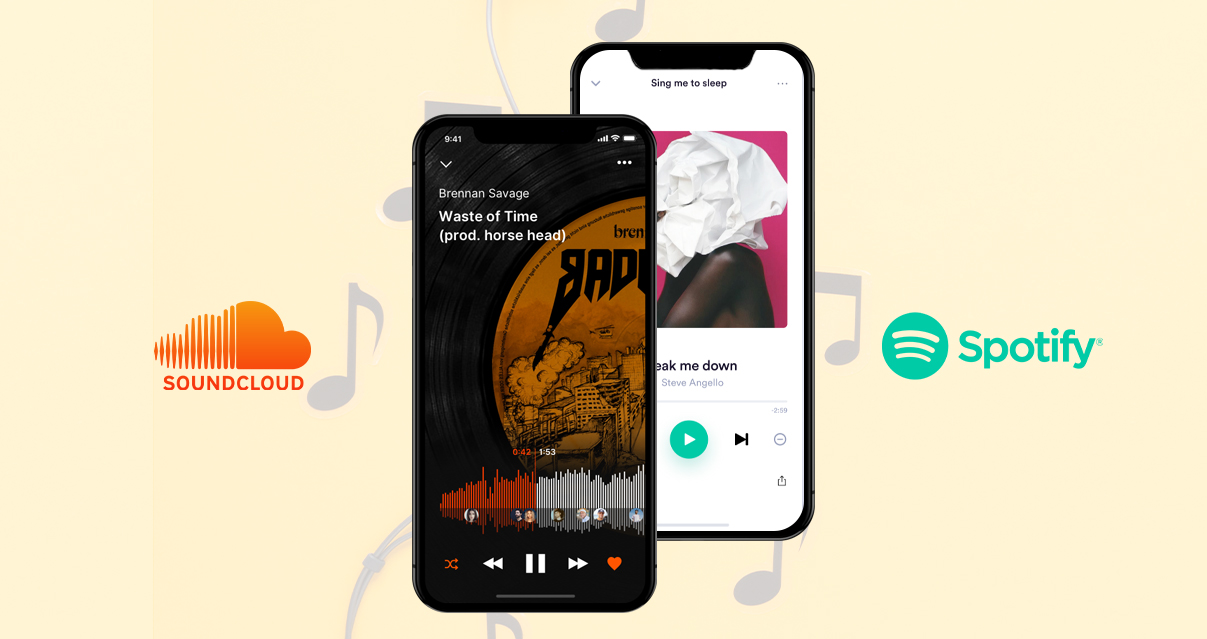 An app like Soundcloud meets your dreams which sharing your talents with other people.

How much does it cost to create like SoundCloud App? 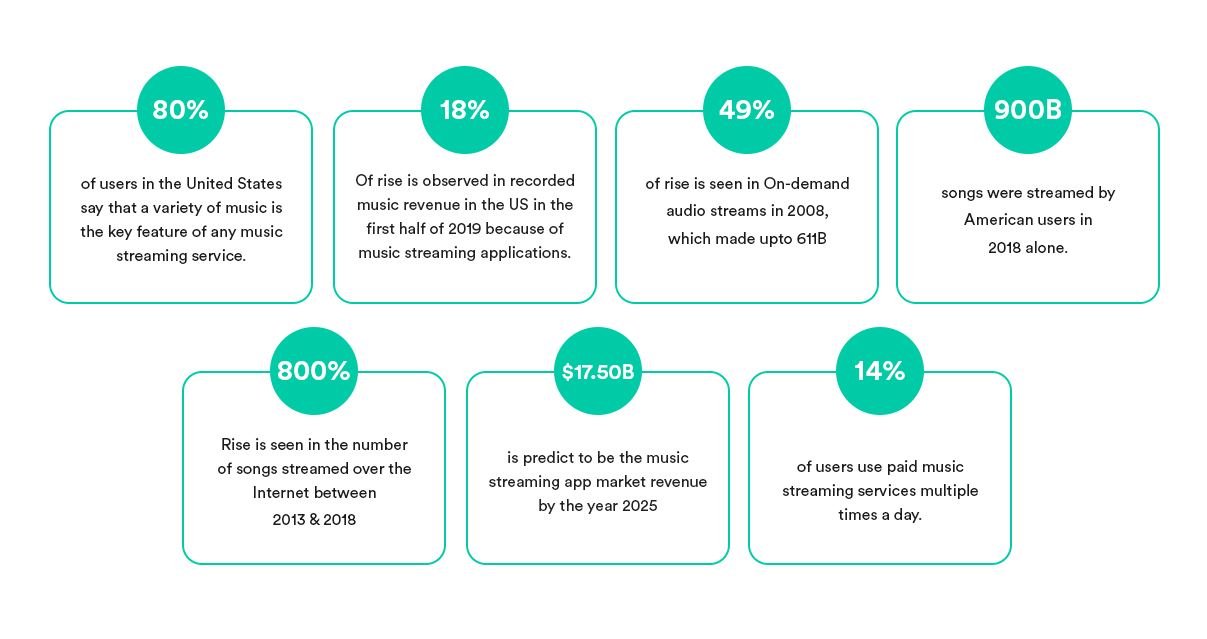 This booming expansion of audio and video streaming business is responsible for all new startups entrepreneurs and this encourages building a sound streaming app like SoundCloud. 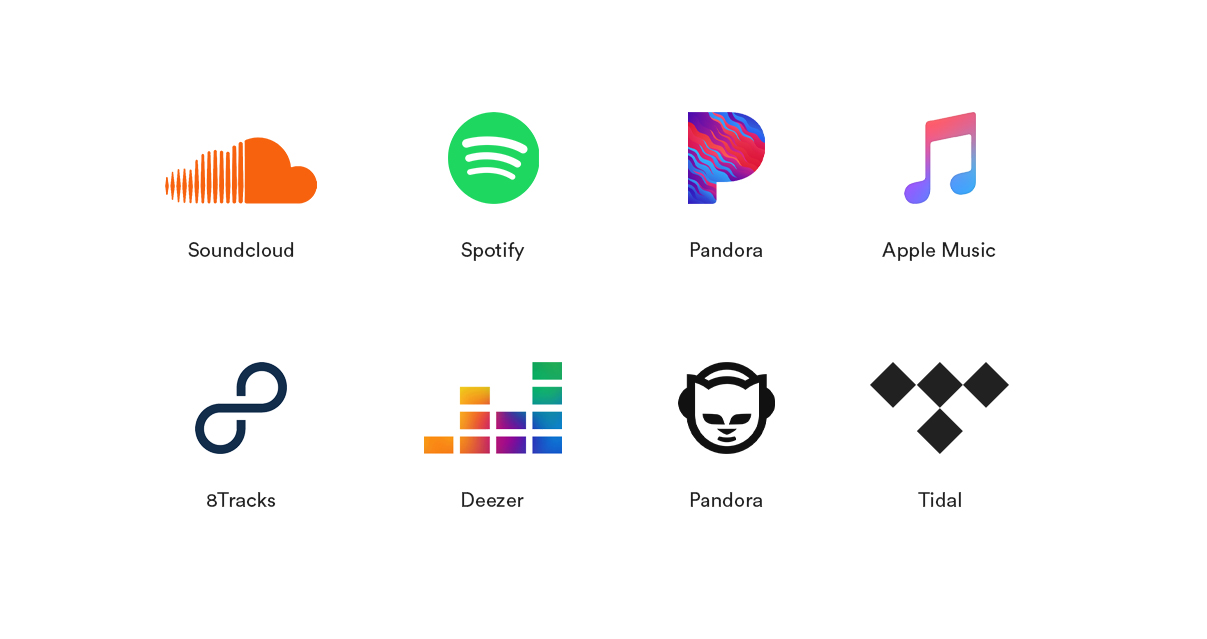 Soundcloud is a social networking site that's used mostly for the sharing of soundtracks. It's available in both iOS and Android app. Two types of peoples are using Soundcloud first is those who want to promote their music and soundtracks, the other one is who wants only to listen to their playlists or music on SoundCloud platforms.

How to Make Money from Music Streaming App?

Soundcloud is always different in the internet streaming music industry, how they allow anyone to upload and stream audio with no annoying ads or monthly fees. 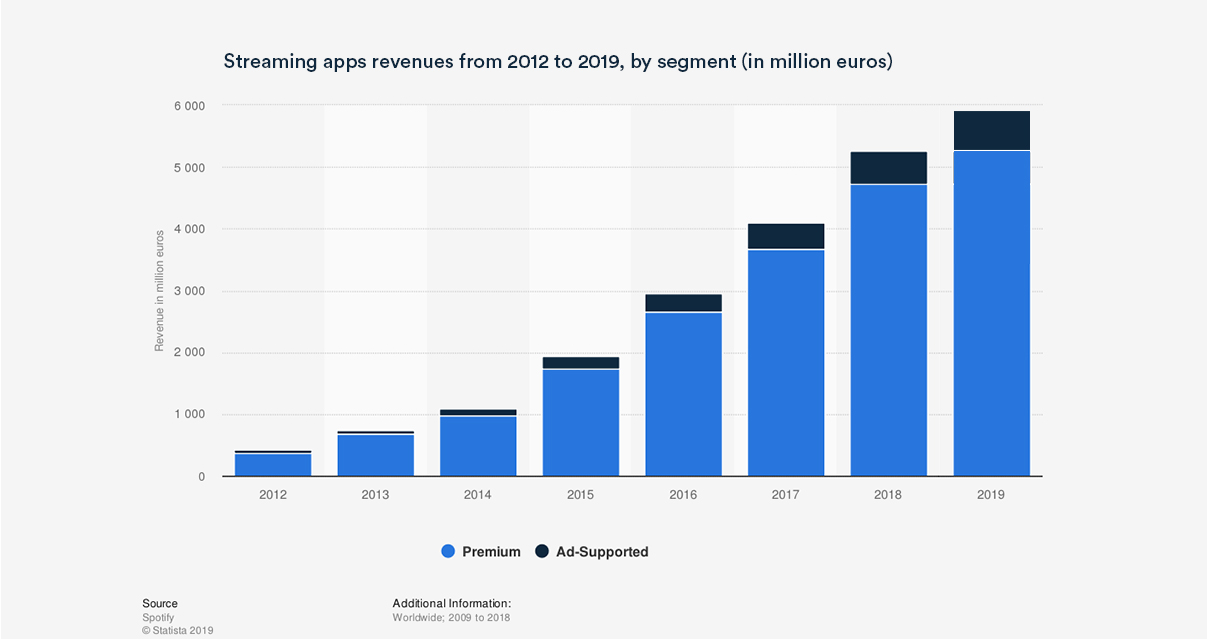 It's similar to YouTube's Partner Program, the new service enables artists to monetize the information they upload to Soundcloud through paid ads. In Soundcloud's platform, the company generates revenue to support the artists and not only the publishers and brands paying for the ads.

In-Home add a news feed, revealing tracks posted and reposted by other Soundcloud users which you follow. Give some track a tune, repost it, like it, add it to a playlist or start a track channel all directly from within your news feed.

During this tab, you can access all your likes, the latest music, and playlists. You could even see your profile by simply tapping the three dots in the top right corner. 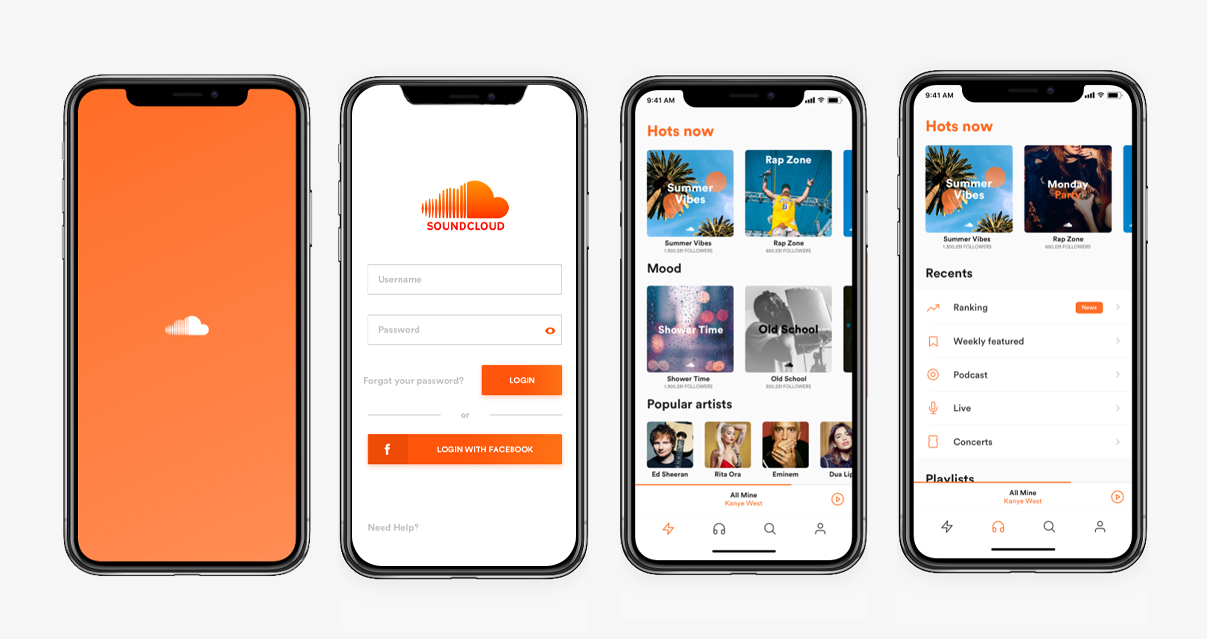 This tab will appear when you start playing music or soundtrack. It lets you easily access whatever you want to listen to the Soundcloud platform.

By using this tab, you can tap the arrow in the top labeled Stream to instantly browse through what is trending in music and audio. You can also browse through different forms of music.

Once you click on a username then you will be able to see their profile, what they are posting and also what playlists they have.

You can create custom playlists

You can create many playlists whatever you want which are public for different users to enjoy or private just for your use. 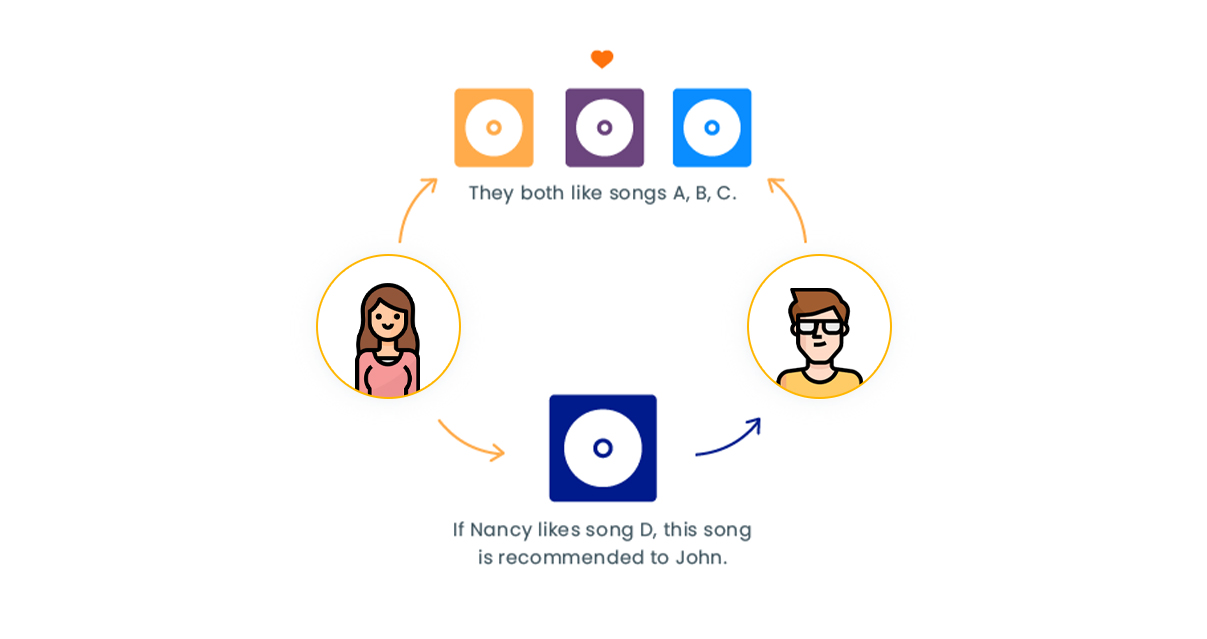 Start a channel to listen of similar tracks

When you do not have enough time to pick out the tracks on your playlists, you can simply tap those three dots on any play station with similar tracks. All of the music streaming apps has gained enormous momentum in the current market.

While we've already covered an article on OTT Video Streaming App and it’s Development Cost, let us concentrate on the Soundcloud like app development cost in this article.

SoundCloud is a music streaming app and sound distribution platform that lets users listen to millions of tunes also upload and encourage their track. It was launched back in 2007 by Eric Wahlforss & Alexander Ljung and can be found on both the desktop and mobile platforms.

A ripple effect of which is that lots of music streaming business enthusiastic Entrepreneurs and app developers started taking interest in determining the cost to develop an app like SoundCloud.

SoundCloud focused on this matter and came up as a platform that facilitates the journey of audio curators to enter the market and make their presence along with permitting them to appreciate others' work as a user.

As the name depicts, this feature enables users to search for any music track, artist, record, or class.

This feature lets users select the very best tunes and curate their playlist. 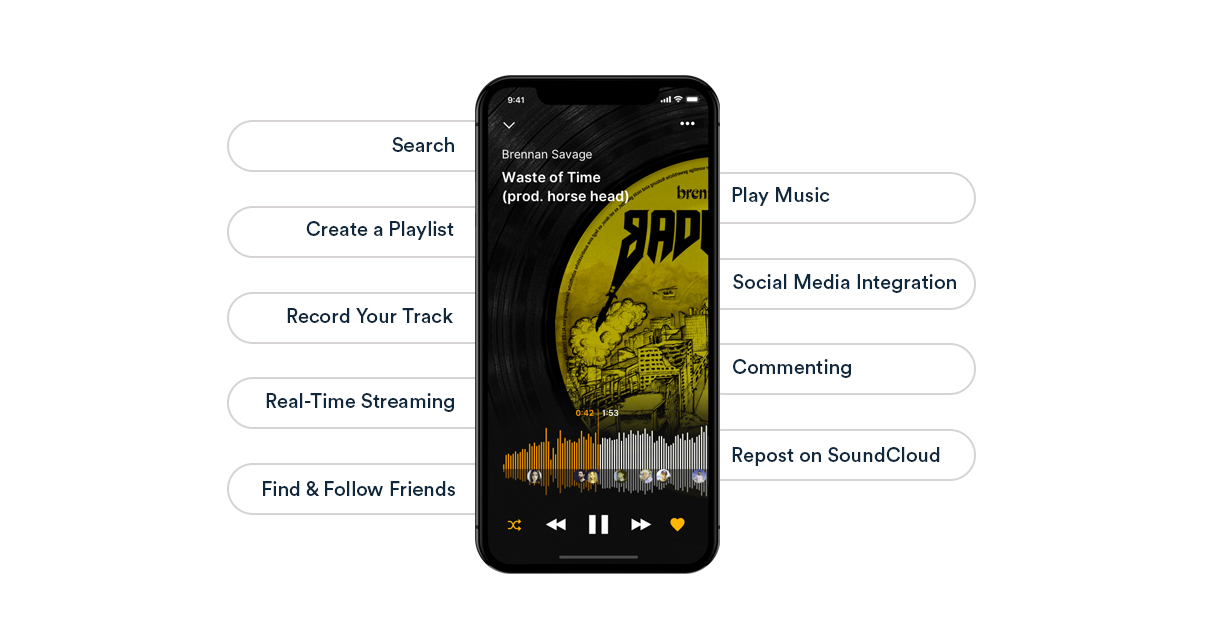 You can record your track

This is one of the essential features of the Soundcloud app. It gives artists a chance to record their paths and upload them to a private/public community. And this way, earn fame and money in the marketplace.

This feature enables users to come across the tunes and files which are trending in a specific category, area, or year.

One of the core characteristics of viral and addictive apps, Social networking integration feature lets users register via their social accounts instead of creating a new account. Also, it provides them an opportunity to talk about their favorite tracks on social media platforms.

Commenting is still another quality that makes SoundCloud stand out of this crowd. With this feature, a user can add a comment to the song.

This feature allows users to find other users, follow along with and eventually make their very own music community. This also counts the top features of the SoundCloud app which makes it different from others. When these features please users from the music streaming business, what causes them to select SoundCloud over 8 tracks, Amazon Music, along with other music streaming apps is their UX strategy.

At times, to make an account can be a barrier to user retention; the staff offers a Social networking login feature. Also, they ask for nominal information when you create a new account.

SoundCloud application has also replaced skips and back buttons with horizontal swipes and introduced the ability of gestures to provide an enhanced user experience. These attributes make SoundCloud rule the minds of people from all walks of life throughout the world. Thus, let us uncover the SoundCloud app tech stack before assessing the app development cost.

While the knowledge of mobile apps technology stack and features will have given you the basic information of the development process, there is more to it. When speaking about how to build apps like Soundcloud, there are various challenges that development businesses encounter. 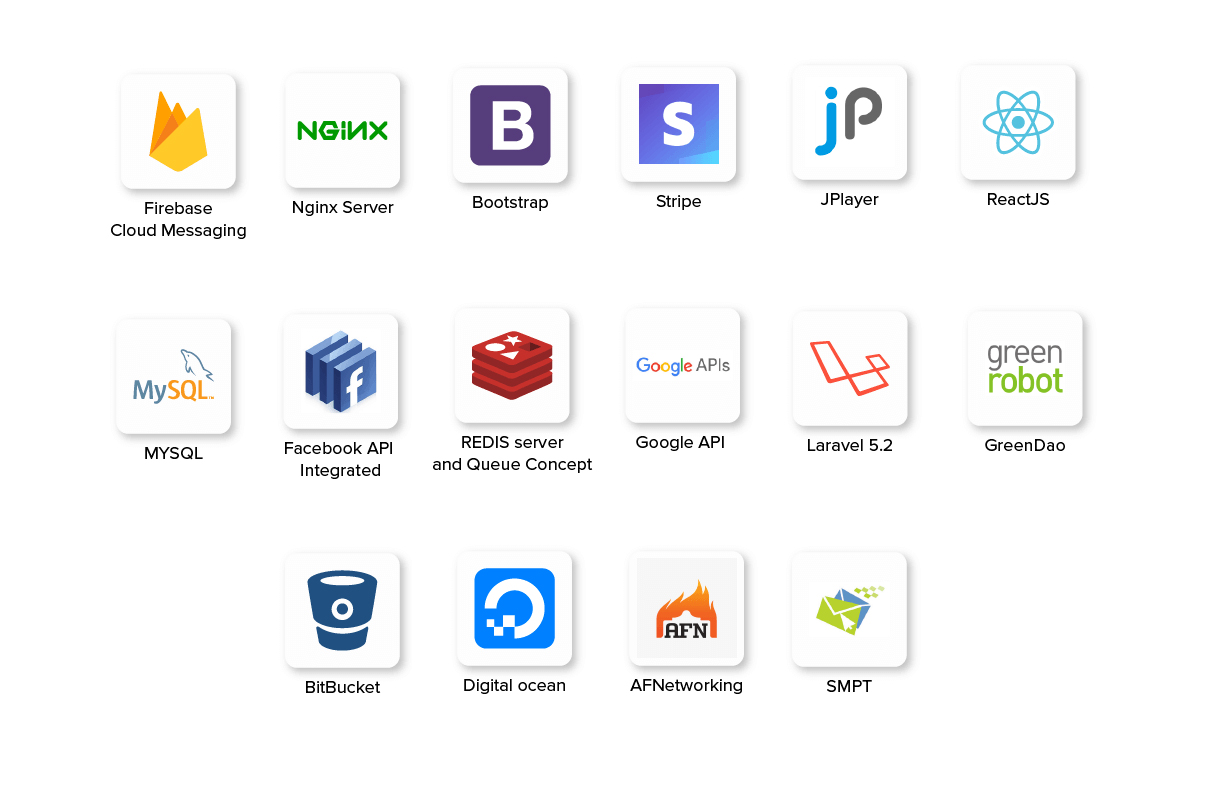 Being an experienced mobile app development company, we create music streaming applications on Ruby on Rails since it's an overall framework that delivers the best results to developers and project owners.

The main advantage of adopting Ruby on Rails framework is that it allows businesses to incorporate more functionality at an affordable price with ease. We have skilled hands, which will do magical things with Ruby on Rails.

How Much does it Cost to Create an App Like SoundCloud

The app development cost varies with several factors, such as app displays and size, attributes and functionalities, app platform targeted frameworks and other technology stacks chosen and their compatibility and much more.

So, the best way to receive a very clear and exact Soundcloud like music app cost breakdown is to contact the best On-demand music streaming app developers and get a price estimate.

Now, while this is about just how much you have to cover developing an application, let's have a look into how much you can earn through it. That is, the ways to recover the money that you spent in the process to construct On-demand music streaming app like Soundcloud.

The cost to develop an app like SoundCloud and Spotify will come between USD 60K to 80K.

According to Soundcloud business and revenue model, it offers 55 percent of their net revenue generated by a song uploaded to its creator and right holder but when it comes to how exactly does it make money.

App monetization model, users can use the app for free. But, only restricted features and options will be available to them. To access more features and opportunities, they might need to pay a certain quantity.

In-App Advertising is among the best monetization strategies frequently considered by music streaming software. Under this category, users shouldn't pay anything for accessing the content of the application.

In the Subscription monetization model, users are asked to pay an amount to get the advanced features and functionalities of SoundCloud like app for a normal period. 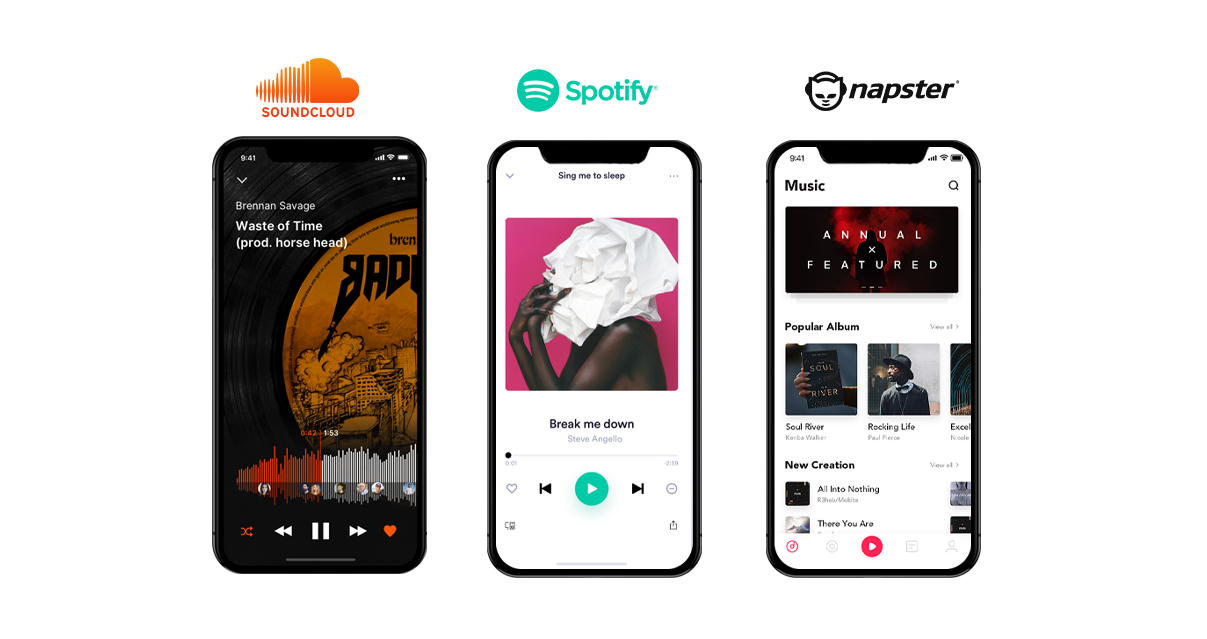 There is no issue with internet availability in music streaming apps. Though, users find it tough to enjoy their favorite tracks while boarding an aircraft or traveling in a place where the sign is too poor.

If you provide an offline accessibility option, the app usability ratio will see a substantial rise. Users will spend additional time in your app and eventually, bring more results than what you expected in the investment in SoundCloud like audio app development.

One of the main challenges faced by SoundCloud application is that when artists become popular, they depart the stage. So, considering this challenge as a new pool of chances, bring better app features and functionalities that provide artists a motive to remain on the platform for more.

It provides the album to the user’s library where it will become accessible only the minute it hits the marketplace.

Last but not least, introducing the performance of accessing the lyrics of each audio track that is playing on your app platform may also raise its achievement ratio.

Ashish Goyal Ashish Goyal is a digital marketing specialist at Xtreem Solution, a leading mobile app development company. He understands startups, enterprises, and their needs well. Apart from that, he is an expert in lead generation and inbound marketing. He has also handled the marketing and growing operations. He loves to help businesses in improving their online brand visibility and sales.
Older
Newer

Nowadays, we all are fighting with the COVID-19 pandemic situation. Everybody wants to be hygiene, social distancing, avoid gat...

Are you trying to lose weight, gain muscle, exercise consistently, or push yourself to high-intensity workouts? Everyone needs...

Relationships need lots of efforts and a lot of trust from their partner. There are so many apps for couples are available over...